How to tell whether the infrared thermal imager system is a good one? 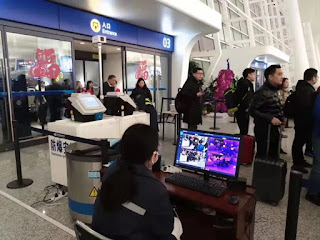 Technology is evolving fast, components manufacturers are competing with each other by keeping upgrading their resolution, processing speed and shrinking the size. Each component has its own core technologies.

The K measurement from thermal imager refers to the K compares with the background environment which is also changing. That is why they need a known temperature as a reference in order to provide an absolute temperature reading. This reference can be provided by a Black body radiator.

This black body radiator source provides a very simple function, a steady K usually set at 37.5C in real practice, yet comes with a very expensive price which is almost the same as the thermal camera.

Image processing unit
Image process unit (IPU) is just a small computer with a combo of hardware and software to processes the digital signals from thermal and RGB cameras, recognizes the human parts, performs thousands of IR data statistics on each pixel per second, encode/decode, and correlate both images together.

The best option is to have this program can be running on an embedded system placed inside the camera body with conventional digital video outputs directly to display, but there are lower-cost systems that run on a rugged PC outside. The former is more reliable, plug and play and independent on the PC environment.

The cost of a thermal image system is way more expensive than an IP CCTV camera system is because of this IPU. It requires super-fast processing power and a mathematical model to process these two digital signals. The complexity is far beyond the typical encoding/decoding function of what typical video chipsets provide.

To deal with this vast amount of temperature and pixel data and patterns, each manufacturer of this system has its own IPs as the core technology. And here comes the novel use of machine learning.

CPU, GPU, and now NPU (Neural Processing Unit)
Since the outbreak of SARS in 2003, manufacturers have been developing a proprietary machine-learning algorithm or deep learning by NPU or infrastructure developed by Intel, Huawei, etc. Having the intelligence developed in the camera, so-called edge computing, can save a lot of cost by using entry-level PC. It does not rely on a powerful external PC with expensive high-end CPU/GPU to provide an acceptable response time. This is a very important concern especially for multiple cameras with high-res dual-lens (IR and RGB) cameras.